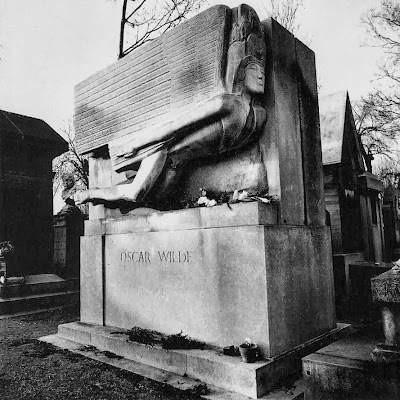 For those of you who still think romanticism and the poetical living is about fluff, doves and daisies, and a weakness of the heart, here is an update:

Gerard de Nerval: he committed suicide during the night of January 26, 1855, hanging himself from a sewer grating in a narrow street named Rue de la Vieille-Lanterne. He left a brief note to his aunt: "Do not wait up for me this evening, for the night will be black and white."

Charles Baudelaire: He smoked opium, and in Brussels he began to drink to excess. Baudelaire suffered a massive stroke in 1866 and paralysis followed. After more than a year of aphasia, he received the last rites of the Catholic Church. The last two years of his life were spent, in a semi-paralyzed state, in "maisons de santé" in Brussels and in Paris, where he died on August 31, 1867.

Edgar Allan Poe: On October 3, 1849, Poe was found on the streets of Baltimore delirious, "in great distress, and... in need of immediate assistance", according to the man who found him, Joseph W. Walker. He was taken to the Washington Medical College, where he died on Sunday, October 7, 1849, at 5:00 in the morning. Poe was never coherent long enough to explain how he came to be in his dire condition, and, oddly, was wearing clothes that were not his own. Poe is said to have repeatedly called out the name "Reynolds" on the night before his death, though it is unclear to whom he was referring. Some sources say Poe's final words were "Lord help my poor soul."

Alfred Jarry:  he had discovered the pleasures of alcohol, which he called "my sacred herb" or, when referring to absinthe, the "green goddess". A story is told that he once painted his face green and rode through town on his bicycle in its honour (and possibly under its influence). He lived in his 'pataphysical world' until his death in Paris on 1 November 1907 of tuberculosis, aggravated by drug and alcohol use. It is recorded that his last request was for a toothpick.

Arthur Rimbaud: Rimbaud and Verlaine led a wild, vagabond-like life spiced by absinthe and hashish. The Parisian literary coterie was scandalized by Rimbaud, whose behaviour was that of the archetypal enfant terrible, yet throughout this period he continued to write striking, visionary verse. Their stormy relationship eventually brought them to London in September 1872, a period over which Rimbaud would later express regret. During this time, Verlaine abandoned his wife and infant son (both of whom he had abused in his alcoholic rages). In England they lived in considerable poverty in Bloomsbury and in Camden Town, scraping a living mostly from teaching, plus an allowance from Verlaine's mother. Rimbaud spent his days in the Reading Room of the British Museum where "heating, lighting, pens and ink were free". The relationship between the two poets grew increasingly bitter.

Oscar Wilde: "This poverty really breaks one's heart: it is so sale, so utterly depressing, so hopeless. Pray do what you can" he wrote to his publisher. He corrected and published An Ideal Husband and The Importance of Being Earnest, the proofs of which Ellmann argues show a man "very much in command of himself and of the play" but he refused to write anything else "I can write, but have lost the joy of writing". He spent much time wandering the Boulevards alone, and spent what little money he had on alcohol. A series of embarrassing encounters with English visitors, or Frenchmen he had known in better days, further damaged his spirit. Soon Wilde was sufficiently confined to his hotel to remark, on one of his final trips outside, "My wallpaper and I are fighting a duel to the death. One of us has got to go." On 12 October 1900 he sent a telegram to Ross: "Terribly weak. Please come." His moods fluctuated; Max Beerbohm relates how their mutual friend Reginald 'Reggie' Turner had found Wilde very depressed after a nightmare. "I dreamt that I had died, and was supping with the dead!" "I am sure", Turner replied, "that you must have been the life and soul of the party." Turner was one of the very few of the old circle who remained with Wilde right to the end, and was at his bedside when he died.