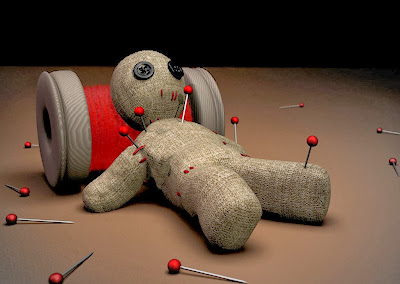 You don’t believe in real magic. Too bad for you!

Magic does exist. It’s powerful and destructive. Do you really think two perfect strangers could be brought together if some magic wasn’t involved?

Man, if you believe that, you’re so naive, it hurts.

We’ve lost touch with the complex material that makes reality, and how to interact with it. We think it’s all economics. We think it’s all biology. We think it’s physics. The truth is that we’ve been sold a version of reality that’s as exciting as a dead sardine. And some of us are just struggling to emancipate from it and well ready to be called mad to pass on the message that there’s something beyond what your eyes can see, what you fingers can touch, and what your nearest pharmaceutical company want to sell you.

Reasonable people are so boring - and so wrong at the same time - they should be sent well into a black hole and see how the alternated state of their reality look like when turned into a smoothie of time and space.

Einstein tried to tell them. Those two things we most believe in, time and space - I lie right now beside you, you tell me about how boys used to abuse you a long time ago -, are not even reliable constants.  So imagine the reliability of your uncle Dwayne telling you that witchcraft and magic are just bogus!

Let me get back to the premise of this post. Magic does exist. And it’s complex and extremely dangerous. If you ever want to survive it, you have to follow those two basic rules:  don’t use it if you don’t know exactly what you’re doing. Don’t disturb things you cannot put back into place.
If you break any of those two rules: big deal!

We’re emotional creatures. Our emotions change the world around us. You transmit shitty thoughts, everything become shitty around you. You transmit adequate thoughts, everything get brighter in your life. What we call magic is the ability that some of us have to change the emotional patchwork of people we care most about. And by doing so, changing the texture of reality.

Sometimes, we want that the obvious given reality – you don’t want me, you don’t like me – changes into that dreamed updated version – you want me, you love me! We would do anything to update that software. So we use magic. Big mistake!

By doing so, we disturb the nature of reality exactly the same way a time traveler would by taking a dump in a field of prehistoric daisies or by stopping the assassination of JFK.

The price to pay, you ask?

Illness, weakness, DEATH, if you’re to believe the tarot cards of my mother.

But then again, you would have to believe in those things, you hopeless skeptical creature!