The Importance of having someone to boil your water 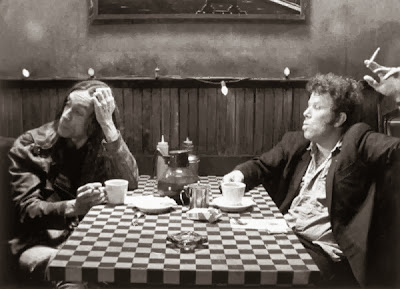 You phone her back.

Phoning is a big deal, right? Texting and facebooking, well, that’s prudent. It’s funny that. You can collide and be with someone totally, and then, poof, it’s done, morning comes, showers are taken, coffees are drunk, goodbyes are said and just dialing her number becomes a major struggle.

You phone her back, I said.

You’re in the strange zone. As I said in a post earlier, you’re puppies no more. You were both running around chewing cherry chewing gum and talking John Hughes movies when shoulder pads were in fashion.

In other words, you’re a couple dinosaurs reaching each other on smartphones.

“Oh, hello, hi,” you say, like you’re all surprised and accidentally fell and stumbled on her phone number and speed dialed it by mistake.

“Oh, yeah, hello!” she says, and then she laughs the exact same laugh you liked so much the other night, and you’re thinking, bingo, laughing’s great, man. You remember all the good things. How she slid out of bed and how beautiful she looked when she did. How she made a coffee in your kitchen and brought you one. And then, she says she’s sorry for getting so tipsy the other night, and honestly you don’t remember exactly when that was a problem and you go like, ouch! You start wondering if telling you that she had too much wine at the bar isn’t a polite way to tell you that whatever followed was a big mistake, including the coffee she brought you in the morning.

You say, “oh, no problem. No problem at all! I didn’t even notice you were so drunk.”

And then, you slap your forehead and wish life was like one of your manuscript and you could just immediately edit the stupid dialogues.

She confirms she was well drunk. But she also says you were really funny, and it was a really great night and if you were on a football field, you would just do one of those great knee slides like you just scored a goal. Instead, you just say that you had a really great night too, and sit down on the corner of your bed and scratch your beard thinking real hard about your next move.

You say, “we should do that again sometime.”  She says, “yeah, sure, we should.”

You hang up after talking next weekend outings, parties, replays and the right bar where to locate that.

By chance, there’s a song from when shoulder pads were in fashion playing on the radio. You pump up the volume and do a silly penguin dance, until your phone rings. You’re scared you jinxed it with your victory dance and you’re sure she’s phoning you back to tell you that her grandma just self-combusted and that she’s going back to London and she will never see you again.

Instead, it’s a guy from your phone company telling you you’re an esteemed costumer.

Man, you’re so popular you should be a brand.