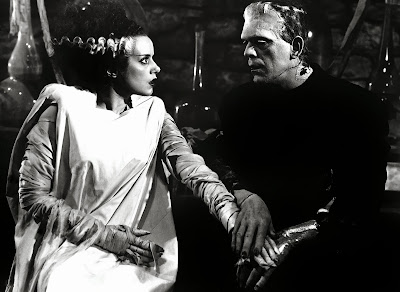 I don’t know about you, but lately I’ve met tons of good people who don’t believe in love at all.

Well, okay, I’ve only met on person like that - but she was terribly meaningful to me and she was also a really good monkey, deep down. But she seems to know a lot of other monkeys who are just like her and think that love is just extra sticky trouble added to an otherwise quite nice evening of heavy humping.

The general consensus among those apes is that most people are walking around like perfect idiots looking for love like a bunch of emotional zombies - crawling and limping around, holding their bleeding heart out, trying to find warm bodies and bite off their lips Romero style - but with Adele playing in the background.
They may be right. I don’t know. But surely, to have that discussion, we need a good definition of what LOVE really is, don’t we?

You have to buckle up for that one.

I don’t think love is the unbearable attraction between two persons. I think that’s the most common (and probably most boring) concept of love that’s been sold to us by pop-corns manufacturers. I totally understand that people would question that definition.  Everybody gets that, the attraction. You don’t need to be in love to be madly attracted to someone. You just need to drink too much Jägermeister at the bar and, BOOM!, game’s on.

But here is the difference.

Love is not a feeling and it’s not an extra layer of reality. It’s not a veneer that makes an experience stands out. It’s not just giving extra meaning to the actions we take.

It’s going to be hard to digest, you realize that?

Love is actually changing the structure of the reality we live in. I mean actually as in... actually! Like, there was an apple, and now it's a banana, and all the scientists are scratching their balding head going like... "where did the bloody apple go?" (I imagine them being British scientists, for some reason).

Okay, let sit back. Breathe two good ones. And then, let’s resume the definition of love. One... two!
Love is not a nicer way to kiss at the end of the movie.  It's our only way to rewrite, remodel, change the world around us and our own destiny. And the destiny of everybody involved.  This is why it's such a serious business and shouldn't be taken lightly. People will die. People will suffer. Babies will be born. Parents will pull their hair out. Russia will be invaded. Kings will fall. And the world won't be the same ever again.

If you’re not in love, and just get wasted at the bar until it’s hard to make the difference between desire and the real thing, all you’re going to do is put on 3D glasses and enjoy a great HD super IMAX true 3D show. But when the show is over, nothing around you has changed. You remain the same old Bob with the same old hangover and the same old set of half embarrassing half funny stories to tell.

If you’re in love, you’ve just reset all the clocks all at once and transformed Bob and his reality by re-colorizing and reshaping everything and everybody he ever knew.

It's like pressing the reset/reboot button. But in the meantime, I’ll have another Jägermeister, thank you!

Oh, but wait, this post isn't finished yet. Forgot to tell you my definition of love.

Love (noun or verb depending on how long's the night) : the ability to press the reset button, and change everything you are and everything she is through a perfect moment like looking at her while she sleeps. Handle with care.

NB: Write your own definition of LOVE in the comments bellow and I'll copy them in the body of this post as they come. *Intrigued*